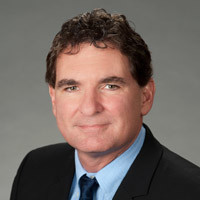 Ed Toner was appointed by Governor Pete Ricketts as Chief Information Officer for the State of Nebraska on June 9th, 2015. He has spent the last 20+ years in the Information Technology field, and has held IT leadership positions at both First Data and TD Ameritrade in Omaha, NE. A Nebraska transplant (native of Texas) Ed has significant international experience, having managed IT teams in both the UK and Argentina. His background also includes Industrial Engineering positions in manufacturing prior to moving into the Information Technology field.

His Consolidation of State IT has been featured in StateScoop, Govloop and CIO magazines. In addition, the Nebraska Office of the CIO received the National Association of State CIO’s 2018 State IT Recognition Award for their “Hybrid IT Consolidation” efforts.

Ed earned his Bachelor of Science degree from the Dwight Look College of Engineering at Texas A&M University.